Mr. Zhitenev, why do you think you have been invited? What is so unique in Streamer?

There are Russian-Swiss projects successful in Russia or in Switzerland. Streamer, in turn, has a global reach: we scale up Russian know-hows via the Swiss company throughout the world.
Streamer Electric AG has been implementing projects in China, Columbia, Indonesia, and in Saudi Arabia.
Apart from the geographical expansion, we cooperate with the universities from Switzerland, Italy, Indonesia while playing a role of an integrator of innovations in the field of the lightning protection of power transmission lines.

What was the meeting dedicated to?

Mr. Maurer wanted to know about the activities and issues of the Swiss business in Russia and the Russian business in the territory of Switzerland. He wanted to see how companies from both countries interact with each other. This was the subject of the meeting with the businessmen.

Were there any other business representatives apart from you?

In addition to our company, a wine-grower from Switzerland working in the Krasnoyarsk Territory and Director General of McDonald's in Russia Marc Carena who was born in Switzerland were attending the meeting. There were also representatives of ABB, UBS, Nestle, and other major companies.

How long did your conversation with President continue? What have you managed to discuss?

Each of us was given 3-4 minutes for a speech. My speech has sparked the interest of the other parties and it continued for about 10 minutes because Mr. Maurer was asking additional questions.
During my speech, I mentioned that we have lost scientific personnel from the Swiss company in favor of Australia. This was really on point because everybody knows the Australian rating system where the migration policy is very closely related to economics. This is what Switzerland lacks.

What are your impressions of doing business in Switzerland?

Switzerland has its intrinsic benefits and disadvantages. The benefit consists in the fact that the country is located in the center of Europe, however many regulations are well-designed and are respecting the business interests to a more degree than in other European countries. Due to this, Switzerland remains the economically advanced state. However, at present, we have to target not only the countries of Europe but the economics of Asia as well.
There is an area where Switzerland looses – the ratio of specialists creating intellectual property changes, more and more of them are localized in Asia, because it is easier and faster to gather an international team there.
That is why, in the coming 10-20 years, the Swiss should build more open economics and migration policy.

Were there conditions for networking at the meeting with Üli Maurer?

The atmosphere at the meeting with the top public official was very welcoming. He made a specific mention of 200 years of the warm relationship between our countries. Mr. Maurer emphasized that in critical periods of the history of Switzerland when its statehood was threatened, Russia came to rescue and helped preserve its sovereignty. This considerably facilitated developing Switzerland into a neutral state – and Switzerland gratefully remembers this.

During our conversation, a big Sennenhund-type dog entered the conference room. The dog was very kind and calm, it was interacting with the guests and everyone wanted to pat it. It turned out that this was the dog of Ambassador who was even giving it food from the table. When I wanted to take a selfie with the Sennenhund, Ambassador suggested me the dog's favorite treat to give it to the dog and to get a photo of us both very happy. 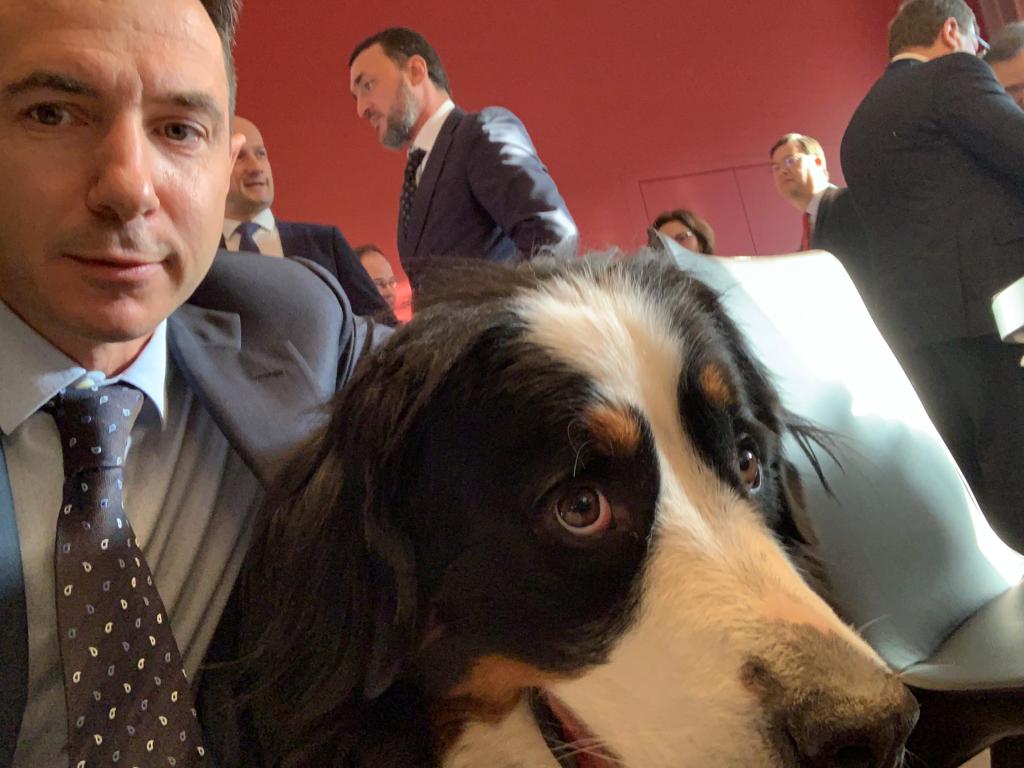 When Mr. Maurer was going to leave, I asked him to have a picture taken together. We decided it will implicitly serve for strengthening Russian-Swiss business.
I also presented a Streamer's branded bicycle kit to the head of Switzerland. It was apparent that it had been an unusual and pleasant gift adding a special vibe to our meeting  – warm, free, and cheerful.

Presidents of what other countries would you like to meet?

I would like to meet the President of Russia. However, I was never thinking of this intentionally. Actually, this depends heavily on the person of the current president. For example, I think it would be useless to meet Donald Trump. He will be in a world of his own anyway and will not take heed of the partner in conversation. In fact, it would be interesting to hold a meeting with presidents of the USA, especially with some historical figures. I'd like to meet with the leaders of China, the Kingdom of Bhutan, and all European countries.

What is the President's mission in your opinion?

The mission of any president heavily depends on the country, its phase of development and constitutional system. Based on this, the head of the state may be a peace-maker or a reformist. The president's role is very diversified and it depends on the historical background rather than on the personality. 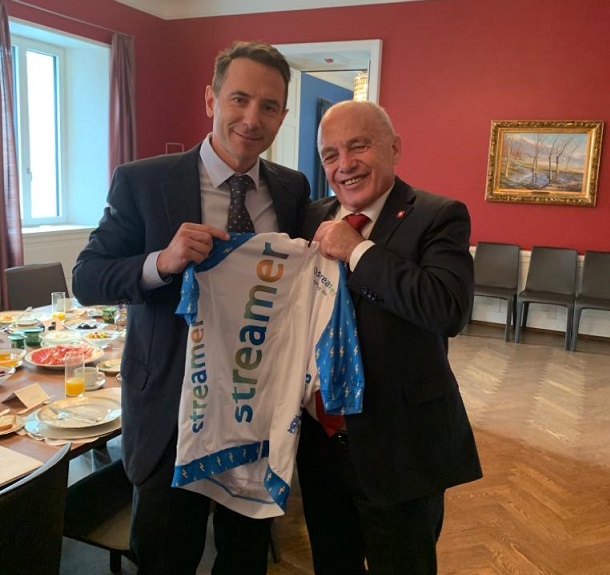 After communications with business representatives, Üli Maurer held two meetings with President of Russia Vladimir Putin and Prime Minister of Russia Dmitry Medvedev. In the course of negotiations, the issues of development of economic relations between Switzerland and Russia were also raised. Specifically, Üli Maurer offered Vladimir Putin establishing a coordination and consultation center for Swiss companies that with to approach the unfamiliar Russian market. 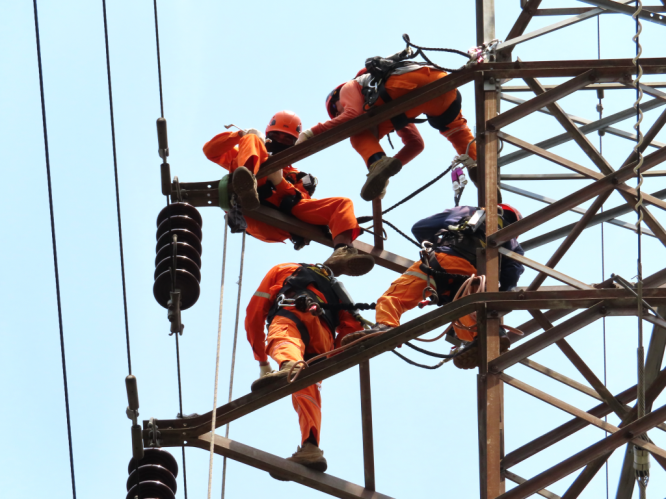 Installation of a new type of LLPDs on the line in Indonesia has been completed in February 2020. Streamer and representatives of the Indonesian PLN power system will be testing the equipment for two years with the assistance of the friendly Bandung Institute in the name of professor Reynaldo Zoro and his team. This will result in open reports and presentations with the recommendations for use.

Streamer JSC at the World Economic Forum in Davos 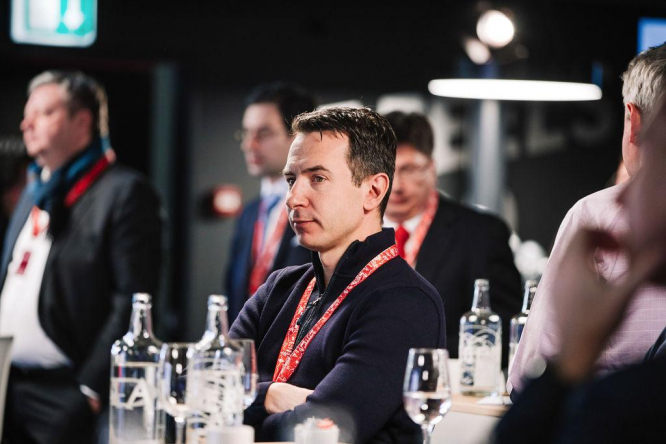 The 50th Anniversary World Economic Forum was held in Davos, Switzerland, from January 20 to 24, 2020. As part of the event various thematic meetings and discussions were organized and they were also attended by representatives of JSC Streamer - Ivan Zhitenev and Dmitry Terekhin. 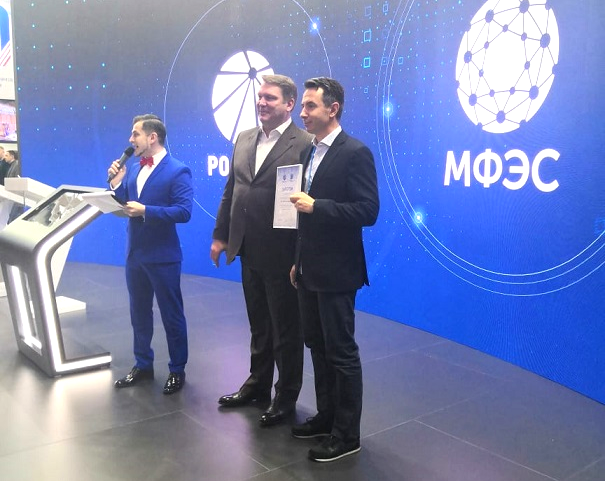 Last week, the International Forum "Power Grids-2019" supported by PJSC Rosseti has come to an end. Streamer traditionally participates in it. The International Forum took place from 3rd to 6th December in Moscow and gathered about 20 thousand professionals in the field of electric energy - from engineers to senior executives.
Read more 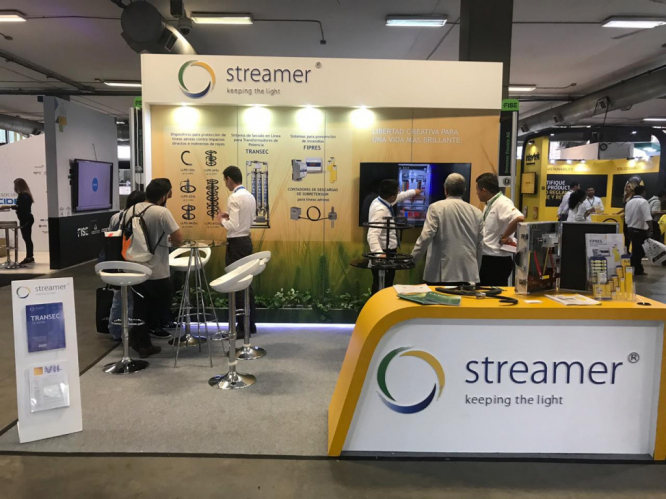 In the beginning of December, we took part in the Latin American exhibition FISE (Feria Internacional del sector eléctrico) - the International electrical equipment fair. This is an industry event where the leading companies in electric power and related sectors meet.
Read more 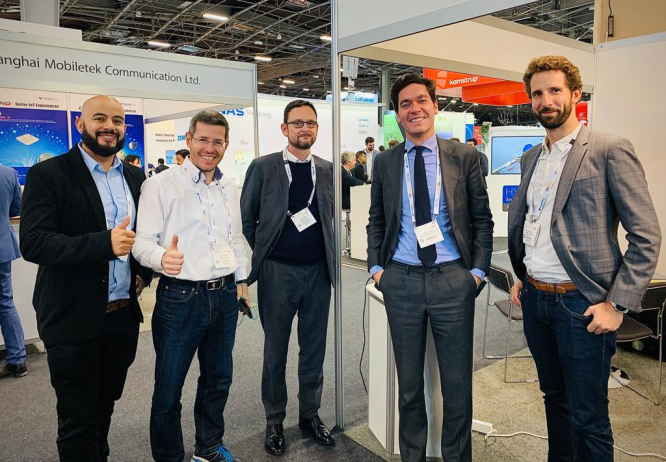 The largest trade exhibition in Shanghai 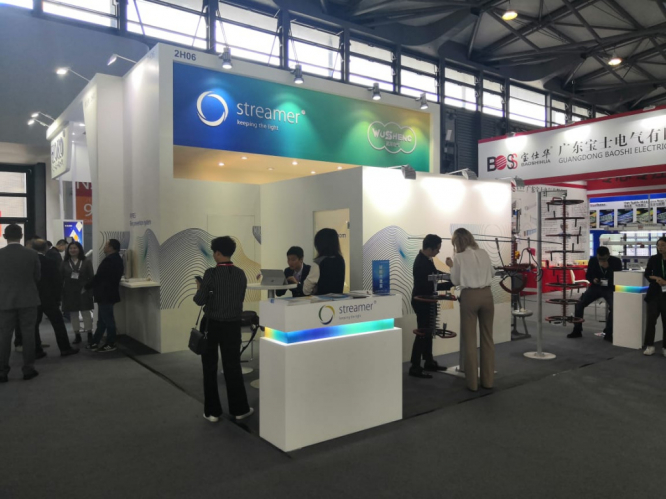 Streamer summed up the participation in Powerexpo Almaty 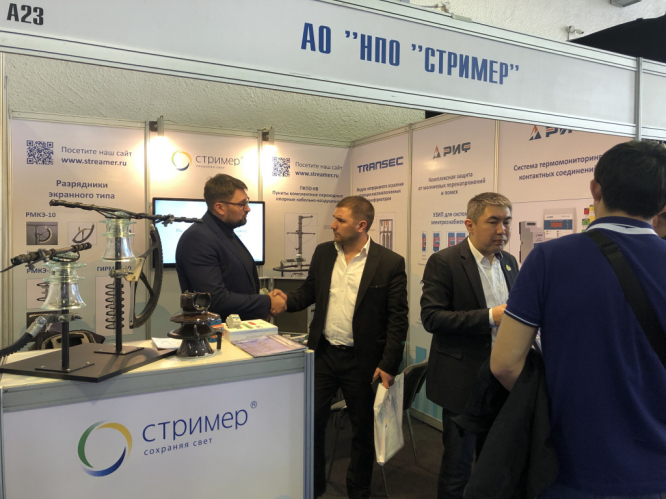 The 18th Kazakhstan International Exhibition Powerexpo Almaty was held in Almaty from October 23 to 25. Streamer presented its products there for the first time.
Read more 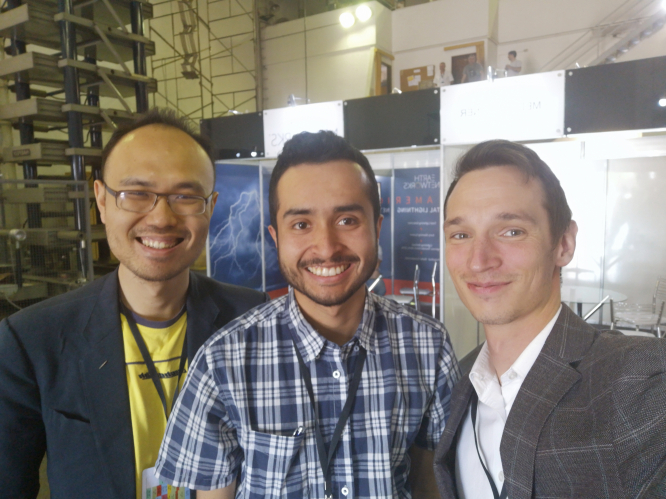 Mikheil Zhitenev made a presentation at the SIPDA conference in Sao Paulo. This is an international symposium on lightning protection, which takes place twice a year.
Read more

Streamer's LLPD have been installed in China again. 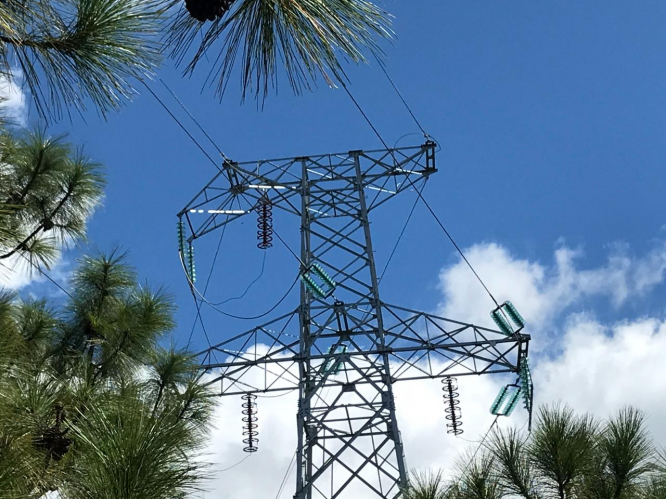 The installation was made for State Development and Investment Corporation (SDIC), which is engaged in industrial investments, financial services and public assets management.
Read more

The 21st All-Russian Summer Biathlon Competitions for the prize of Dmitry Malyshko took place in Sosnovy Bor on October 5-7. 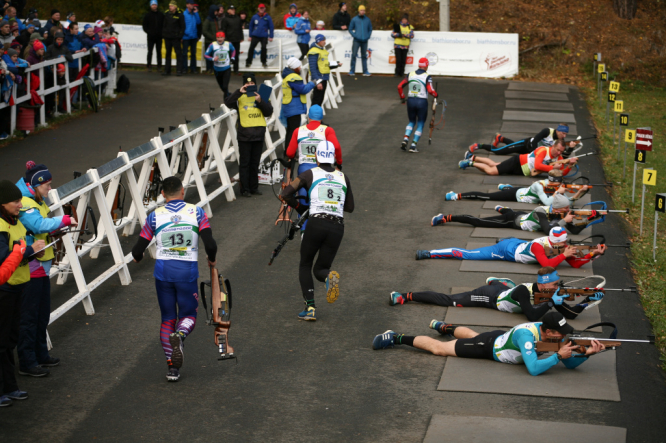 The face of Streamer, director General Ivan Zhitenev and Director for innovation and technical development Vladimir Zhitenev have been the organizers for more than 20 years. First of all, they are fans of biathlon and traditionally participate in this tournament in the race of veterans.
Read more

Streamer summed up participation in the Polish exhibition ENERGETAB 2019 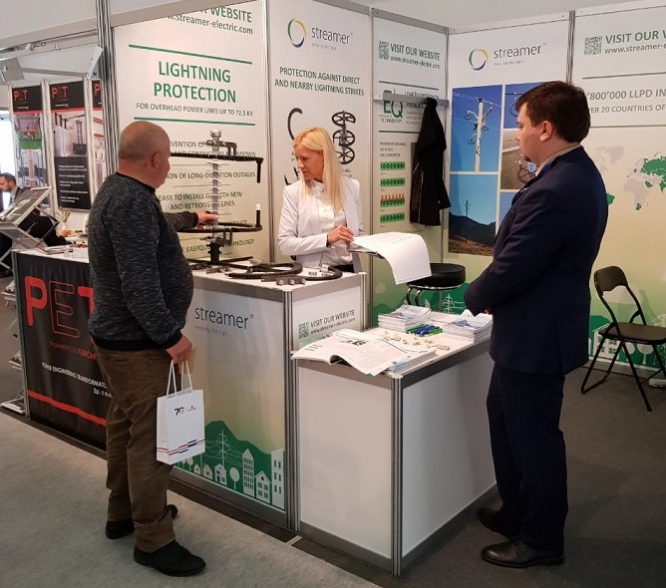 Streamer took part in ENERGETAB 2019, the largest exhibition of modern power machines, equipment, and technologies in Central Europe, on September 17-19. The event took place for the 32nd time in Bielsko-Biala, Poland.
Read more 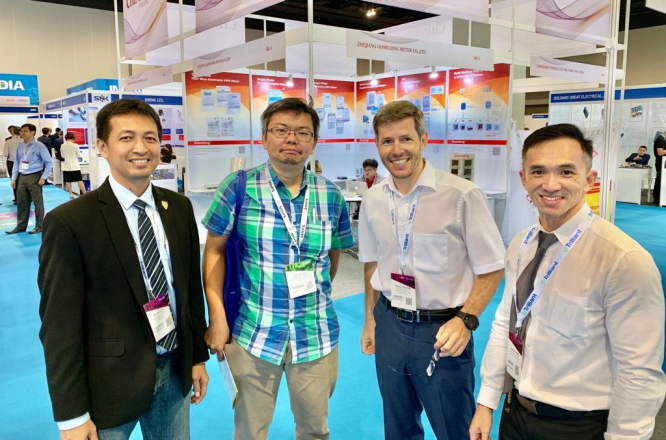 Streamer took part in the annual Asian week of intelligent power technologies Asian Utility Week 2019 on September 3-4. This significant event in the energy area of South-East Asia took place in Kuala Lumpur, the capital of Malaysia. 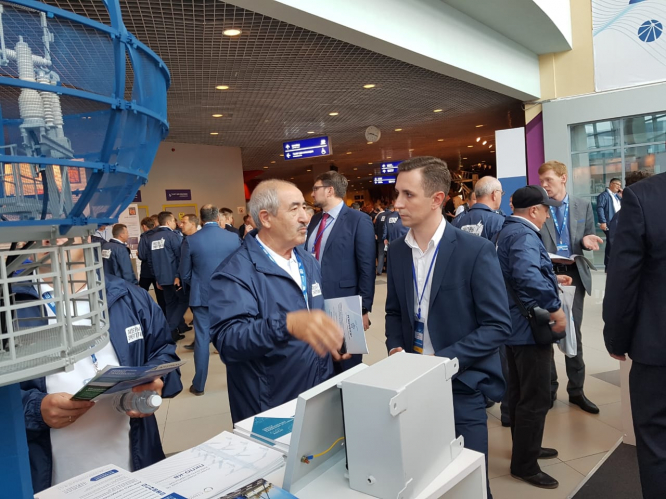 In late August, a large-scale event in the energy area took place in Chelyabinsk - a conference and a contest of Power Industry Leaders dedicated to a search for talents. 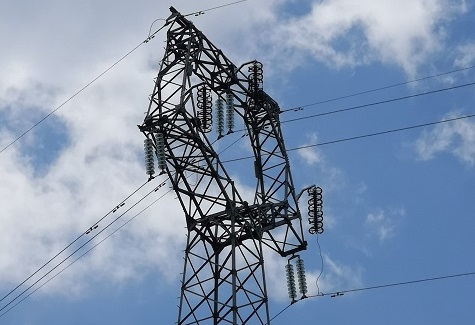 The LLPDs SAd110z were installed in the windmill farm of Lao Jiang Shan in Chuxiong town, the Chinese province of Yunnan.

We have installed the first Transec in Chile 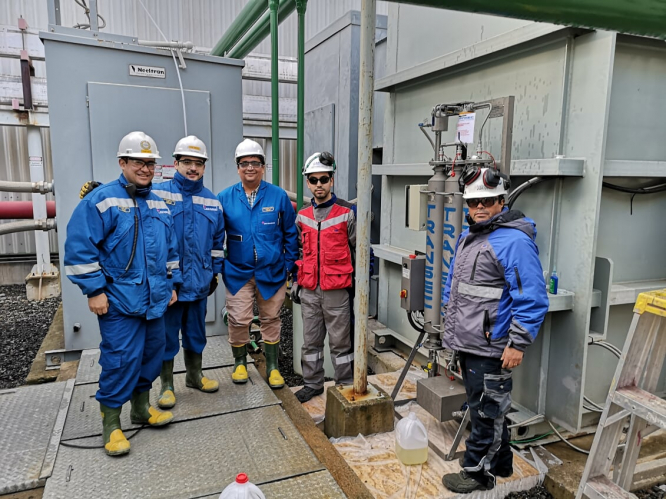 The oil-filled transformer insulation drying equipment Transec has been installed in Chile in Mininnco town, in the central part of the country.
Read more

The office of Transec has been set up in Great Britain 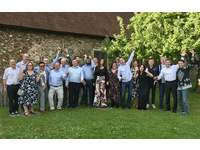 A new office of our company, Transec Electric Ltd, was set up in Great Britain which is a subsidiary of the Swiss Streamer Electric AG. It is located at the Transec equipment manufacturing site in little town called Haverhill not far from the boundaries of Essex and Cambridgeshire counties.
Read more
12.07.2019 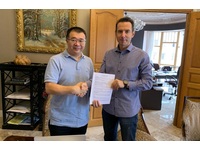 This is the first agreement of such nature in the history of Streamer and it is quite uncommon in the practice of Russian innovative companies.
Read more
08.07.2019

Streamer has set up cooperation with the Chinese railway 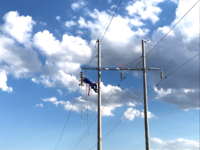 Once again, we took part in the "White Nights" marathon. 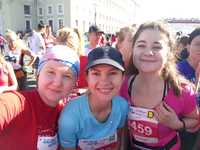 The friendly team of Streamer took part in the key summer running event of Saint Petersburg - the international "White Nights" marathon. It was held in our city for the 30th time.
Read more